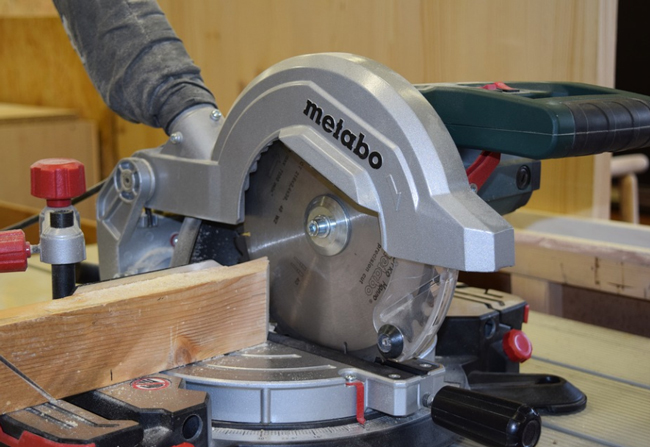 Cut-off saws, or chop saws, are different types of power tools: the miter saw, which is used in woodworking, and the abrasive saw, which is used for cutting hard materials, such as metals or ceramics. Workpieces can be accurately cut and mitered with miter saws.

For accurate crosscuts and miter cuts, the Manual Miter Saw is mounted on rollers or slides in a metal guide. Woodworking power tools have largely replaced hand tools in picture framing and by woodworking enthusiasts.

Power miter saws, also known as chop/drop saws, are tools used for cross cutting at precise angles with quick, accurate results. Mold cutting and framing applications are common uses for these tools. Miter saws typically range in blade size from eight to twelve inches, and are lightweight and portable.

The Abrasive Saw, or cut-off/metal chop saw, is a power tool used to cut hard materials. The cutting action is performed by a thin grinding disc, similar to an abrasive disc. As with most abrasive saws, it has a vise or clamp built-in, and the motor and cutting wheel are mounted on a pivoting arm that pivots on a fixed base plate.

Building job sites have run a bit more smoothly since the portable metal cut-off saw was introduced. Due to their portability, they can also be used for lightweight steel fabrication and in workshops that also use stationary power band saws or cold saws. As far as safety is concerned, the abrasive saw has been a good substitute for the more hazardous and expensive acetylene torch that is sometimes used to cut rebar.