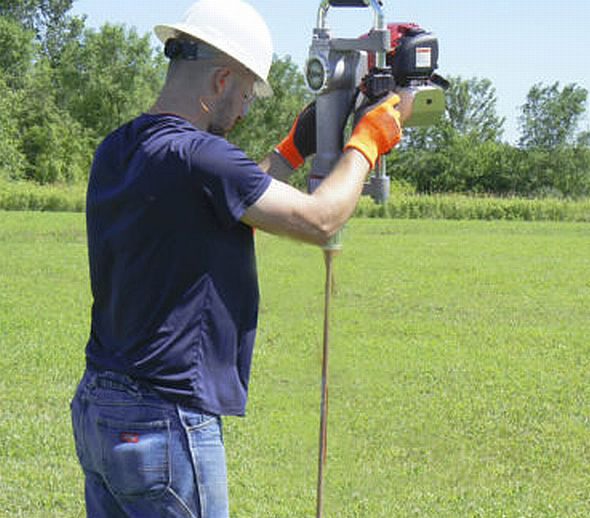 They are also called post knockers, fence drivers, and most commonly, post drivers. How do they work and what are they used for? A post driver is similar to many other power tools, it has a powered equivalent that makes use of clever engineering instead of your muscles.

A post driver is a tool used to drive fence posts into the ground. Although planting fence posts may seem like an easy task, they require more than just digging a hole in the ground. A fence that falls over because the posts were planted too shallowly in the ground is the last thing you want. You want your posts to be firmly rooted in the ground so they stand tall even against adverse weather conditions. With a post driver, you can drive the post uniformly downward, ensuring that it is driven deeply into the ground with the least amount of damage to the post. There are different types of post drivers:

The choice of a post driver is based on your situation, which is why it is a difficult question to answer. It is possible to rent both manual and gas-powered post drivers from a local equipment rental company, so you may want to consider both. Despite its power, a pneumatic driver may not be available in your area and it may require a complex setup. It is important to gauge your job’s size whether it is manual or gas. You may decide to use a gas powered post driver depending on the season, where you live, and how much work needs to be done.