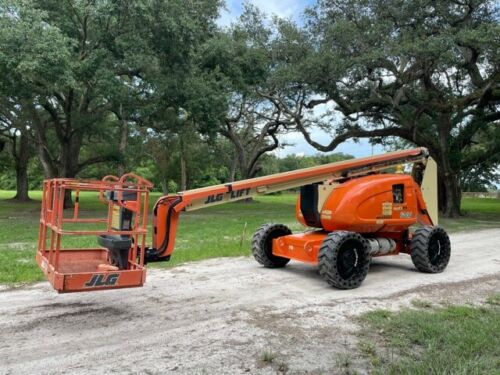 A boom lift, sometimes known as a zoom boom lift, is an elevated work platform that may hold employees, materials, and other important task supplies or things. Telehandlers, Scissor lifts, Cherry pickers, Articulating boom lifts, and Telescopic boom lifts are all examples of aerial work surfaces and equipment. So, what exactly is a telehandler? It’s a specific kind of boom lift with many moving joints that can move both horizontally and vertically. Furthermore, a telehandler includes customized attachments, allowing it to be more versatile than a regular boom lift.

Telehandlers are divided into two categories: fixed boom and rotating boom. A conventional fixed boom telehandler has a limited range of motion and is frequently employed in construction and agriculture. A rotating telehandler, on the other hand, has a cab and body that can spin up to 360 degrees while the machine’s body stays stationary. You can also look into compact and heavy lift telehandlers in addition to these. Telehandlers for rocky terrain and other specialty applications are also available. Common boom lifts, often known as zoom boom lifts, include the following:

Which is the best option for my job responsibilities?
It’s critical to grasp the differences between a normal telehandler and a boom lift when deciding which to utilize on the job. A telehandler is a machine that lifts, moves, and positions materials. The machine can work with a wide range of materials, including bricks, gravel, and lumber. The usefulness of a telehandler is ultimately determined by the attachments that are utilized in conjunction with it. If you want to get the most out of your telehandler, you should look at different attachments. This implies that your company can put your telehandler to a variety of tasks.

Workers and commodities can be lifted using a zoom boom lift. Certain boom lifts can be used to conduct work at a height and maneuver around obstacles or corners. Boom lifts can also be a good substitute for scissor lifts. Operators can work at heights with both boom and scissor lifts. A boom lift, on the other hand, has more maneuverability than a scissor lift.

See All Our Aerial Lifts for Rent Here