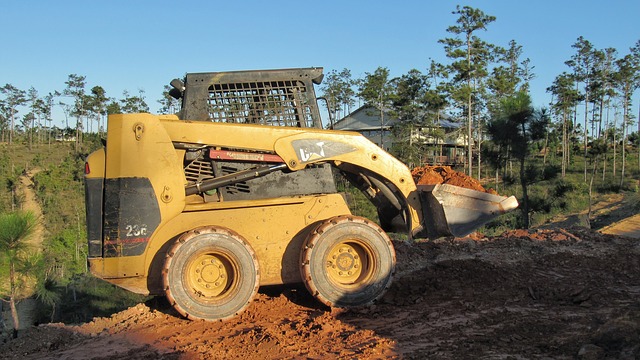 In the construction and agricultural industries, skid steer loaders have established themselves as the most versatile piece of machinery. These machines are referred to as skid steers due to their turning motion. As they do not have independent front wheels that can guide the powered rear wheels, the machine will skid because one side of its tracks will turn faster than the other.

Although this may appear counter-intuitive, it actually allows for a much tighter turning circle, which is essential in confined spaces such as warehouses. In comparison to excavators, tractors or traditional forklifts, skid steers are compact, strong, agile, have great visibility and a range of attachments. A skid steer is an excellent tool for earthmoving and agricultural work because it has a number of advantages.