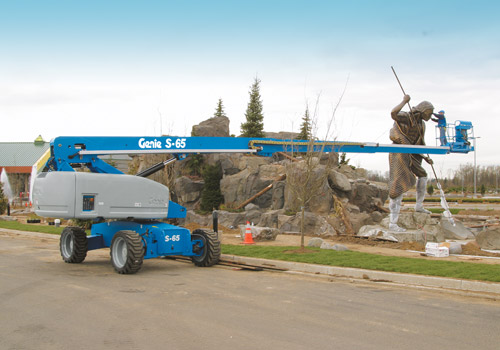 Telescopic booms are a hybrid between a forklift and a small crane. These machines are similar to forklifts, but they also have a boom attached to them that can extend upwards and outwards. When horizontal reach is necessary, telescopic boom lifts can be used. They are suitable for working areas with limited access and space.

With telescopic boom lifts, the mast extends out straight, through one or more boom sections, so you can directly reach overhead work sites. Utilizing this design allows you to fully take advantage of the boom’s horizontal reach. A telescopic boom lift requires more space to operate than articulating booms, including plenty of space around the machine’s chassis to maneuver.